Instruction : Out of the 20 places any 8 will be asked of which students have to mark 5 places on the outline map of India. Five marks will be awarded for marking the places correctly and five marks for writing the historical importance of each marked place in two sentences. 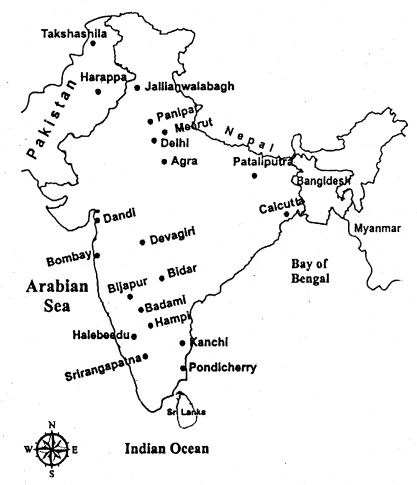