I. Four alternatives are given for each of the following questions / incomplete statements. Only one of them is correct or most appropriate. Choose the correct alternative and write the complete answer along with its letter of alphabet in your answer booklet. (8 × 1 = 8)

Question 5.
The proof of social inequality is
A. Stratification of society
B. Inequality
C. Discrimination
D. Untouchability
Answer:
B. Inequality

Question 9.
How has India benefited from the influx of Tibetan Refugees?
Answer:
It has enriched India’s cultural diversity.

Question 10.
Why did India adopt Parliamentary Democracy?
Answer:
The founding fathers of our constitution believed that a parliament elected by the people of India should be the ultimate authority in governance.

Question 11.
On which principles does Indo – China relationship based on?
Answer:
Panchasheel Principles.

Question 12.
In which labour sector is the relationship between employee and employer is guided by legal provisions?
Answer:
Organised sector.

Question 14.
Mention the main factors influencing the distribution of population in India?
Answer:

Question 15.
What is inflation?
Answer:
A high supply of money without concomitant supply of goods leads to inflation or a period of rising prices.

Question 17.
Who said ‘Untouchability is a heinous expression of caste system. This is a leprosy attached to Hindu skin”.
Answer:
Mahatma Gandhi.

Question 18.
What were the effects of Chinese Revolution?
Answer:

Question 19.
How did India help improve status of women after independence?
Answer:

What is India’s take on Human Rights?
Answer:

Question 20.
Child marriage is detrimental to the society? Why?
Answer:

The condition of labourers in unorganised sector is pathetic. Why?
Answer:

Question 21.
What are the factors that favour ocean transport in India.
Answer:

Question 22.
Give the importance of peninsular plateau
Answer:

Question 23.
Give the importance of Banks.
Answer:

Question 24.
The mixer – grider you have bought is mal – functioning. The seller is refusing to replace it in spite of warranty. Whom do you approach for redress al?
Answer:
District consumer forum.

Question 25.
What were the conditions of Srirangapatana treaty?
Answer:

What are the features of Fascism
Answer:

Question 26.
Explain the contributions of E.V. Ramaswami Naicker in the social, political and religious reformation in pre-independent India.
Answer:

Question 27.
Explain the beginning and spread of the mutiny of 1857.
Answer:
Beginning of the Mutiny :

Question 28.
What are the aims of the World Health Organization?
Answer:

Aluminium is the wonder metals of 20th centruy. Justify.
Answer:

Question 31.
What are the measures to control floods?
Answer:

Deficits are a disadvantage for the economy of a country. Explain.
Answer:
High amount of deficits are not goods for the economy as they create liabilities and uncontrolled deficit and indicates financial indiscipline on the part of the government. It also increases inflation. That is why to check such practices of the governments, the Fiscal Responsibility and Budget Management Act (FRBMA) was passed in 2003.

It seeks to instill financial discipline, reduce fiscal deficit, improve macroeconomic ‘management and the overall management of the public funds by moving towards a balance budget.

Question 33.
What are the funtions of a bank? Functions of Banks are :
Answer:

Explain the major role played by Entrepreneur in the economic development of a country.
Answer:
1. Entrepreneur promote capital formation by mobilizing the idle savings of the citizens. They employ resources for setting up their enterprise.

3. Entrepreneurs help the country to increase the Gross Domestic product (GDP) and Per Capita Income.

4. Entrepreneurs encourage effective mobilization of skill, bring in new products and services and develop market for the growth of the economy.

5. Entrepreneurs enable the people to avail better quality goods at lower prices which results in the improvement of their standard of living.

7. Entrepreneurs contribute towards the development of society by reducing concentration of income and wealth.

9. Entrepreneurs work in an environment of changing technology and try to maximise profits by innovations.

Question 34.
The ‘Salt Sathyagraha’ was a daring display of solidarity of Indian common people against the British during the freedom movement. Explain.
Answer:
In 1930, the working committee of the congress met at Sabarmathi Ashram and passed resolution to hold Civil Disobedience under the leadership of Gandhiji. Gandhi wrote a letter to the Viceroy demanding eleven points. In case, the government does not accept this demand, the people would reject the paying tax and also start Civil disobedience movement all over India. As the Viceroy rejected the letter, declared on March 12,1930 that he would walk with followers upto Dandi, the coastal area of Gujarath. Gandhi covered 375 kms on foot and reached Dandi.

He broke the law by holding a fistful salt without paying the tax which the British had levied on salt. Charaka, the Spinning Wheel became more famous during this march. Thousands of people participated in the Salt Sathyagraha. After this, National Movement Week was observed from April 6th to 13th.

Many leaders like Vijayalakshmi Pandit, Kamala Nehru, Vallabhabai Patel, Rajagopalachari, Babu Rajendra Prasad and many other leaders who had participated with Gandhi in Dandi March were arrested. Slowly, the movement spread to other parts of the country as well.

The reforms made in Chinese administration resulted in China becoming a major economical force. Justify.
Answer:

Question 36.
Apartheid is against Humanism. How do you substantiate this statement?
Answer:
Apartheid is a crime against humanity. It is legalized racial discrimination systematically used violence to impoverish Malnourish and in other ways violate the fundamental right of the overwhelming majority of South Africans because of their race.

Apartheid is a doctrine of White supremacy. The black Africans were not allowed the right to choose where they could live and even travel where they pleased. Blacks were not allowed to buy land outside of land reserved form them despite being indigenous people. Apartheid is an extreme form of violation of basic human rights and blatant disregard of international charter of human rights. 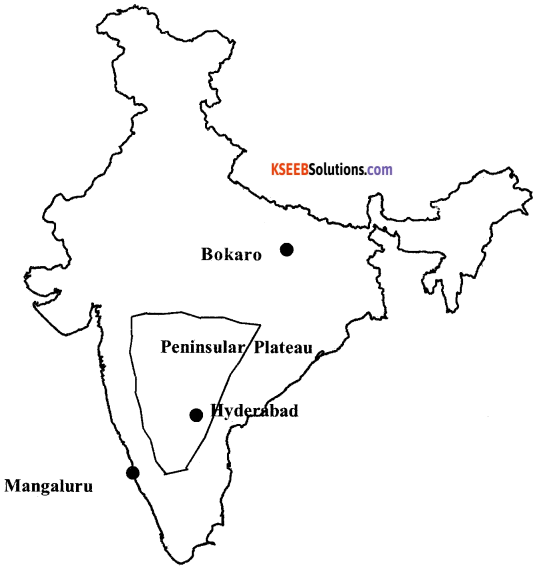