I. Choose the most appropriate

II. Say whether the following statements are true or false.

III. Answer the following questions in one or two sentences each:

Question 1.
How is India described by the writer?
Answer:
India is a land of many religions and cultures. People here take both pleasure and pain alike. They are dedicated and duty-bound. In this land, many well known religious leaders have been born.

Question 5.
Why was Narendra considered a wandering monk?
Answer:
Narendra went on and on, walked miles, traveled all over the country to discover truth. Naren was kind to all. He had sympathy for the poor, he was courageous too, these qualities helped him become a wondering or a moving monk.

Question 7.
What made the audience in the Parliament of Religions give thunderous applause to Narendra?
Answer:
Narendra began his address with the words “Sisters and Brothers of America”. Immediately there was thunderous applause from the vast audience.

Complete the following table using the details given in the lesson on Swami Vivekananda. 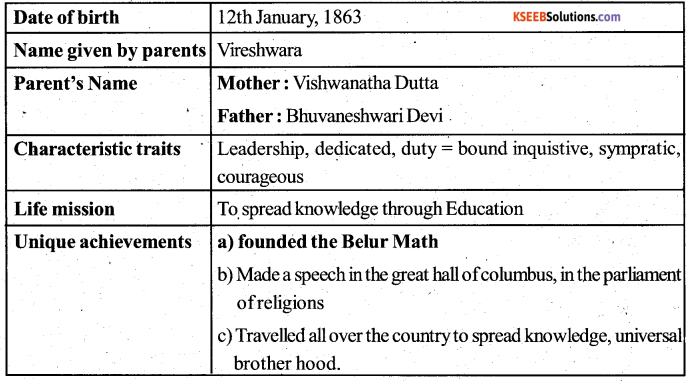 Fill in the blanks choosing the right word given in the box:

Ramakrishna Paramahamsa is a very well known spiritual leader. Whenever people in despair approached him, he would say that they must be earnest in their belief in the Divine. He also used to preach saying that belief in superstition may not take anyone forward.

II. Substitute the following with one word. You can take the help of the choice given in the box below.

III. Use the following words in meaningful sentences.

l. Sow read the following sentences carefully. Identify their kind/type, Write your answer in the space provided. The first one has been done

II. B. Imagine that you are near the market in your town. Complete the following dialogue. 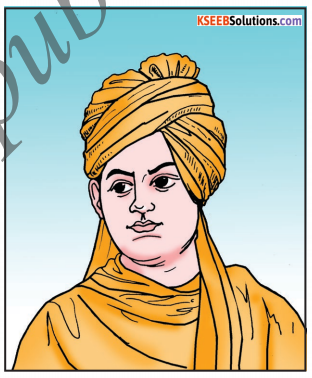 Swami Vivekananda is one of the greatest religious leaders in India. He had the thirst to become a great thinker and serve the country. He was born on 12 January, 1863 to Vishvanathadatta and Bhuvaneshwri Devi in Kolkatta. His desire to see God grew day by day, and finally he found his guru Sri Ramakrishna Paramahamsa who made this possible.

Sri Ramakrishna Paramhamsa who could helped him experience God. He became Naren’s spiritual guru. He went on and on, walked miles, traveled all over the country to discover truth. He made a speech in the Great Hall of Columbus, in the Parliament of Religions at Chicago; on 11 September 1893. He established ‘Belur Math’ in 1898 which became the center of Ramakrishna Mission’ with the motto ‘Work Is Worship. 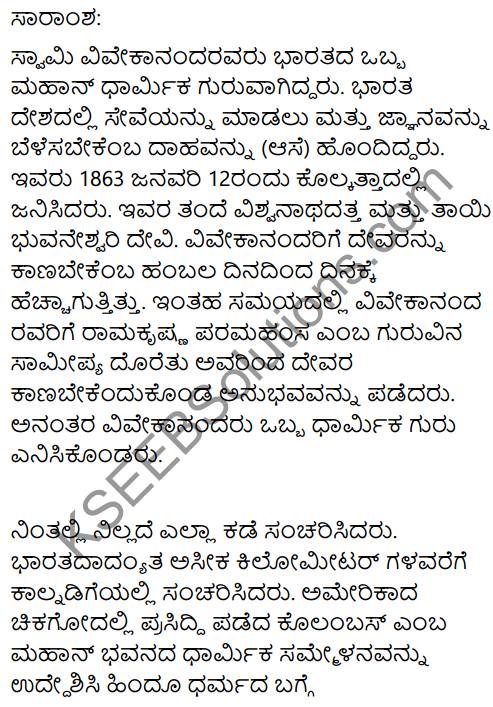 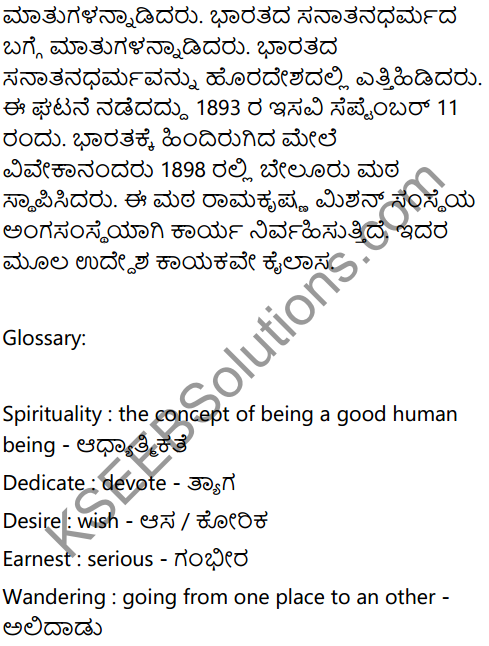