Question 4.
Lactose is termed as an inducer in the lac operon. Give reason.
Answer:
Lactose is the substrate for the enzyme β-galactosidase and it regulates switching on and off of the operon. Hence, it is termed as inducer.

Question 6.
Define transcription.
Answer:
The process of transfer of a genetic message from DNA to mRNA in nucleotide language is called Transcription.

Question 8.
What is saltation?
Answer:
A single step large mutation which can result in speciation is known as saltation.

Question 12.
Mention the possible genotypes of A and B blood group individuals.
Answer:

Question 14.
The placenta is the structural and functional unit between the foetus and the maternal body. Substantiate the statement.
Answer:

Question 15.
What is gene therapy? Name the disorder to which clinical gene therapy was given first.
Answer:

Question 16.
The shape of RBCs of sickle cell anaemia patients changes to the elongated sickle-like structure. Give reason.
Answer:
In patients with sickle-celled anaemia substitution of glutamic acid by valine at the sixth position of the beta-globin chain of the haemoglobin molecule. The substitution of amino acid in the globin protein is due to the single base substitution at the sixth codon of the beta-globin gene from GAG to GUG. The mutant haemoglobin molecule undergoes polymerisation under low oxygen tension causing the change in the shape of RBC from biconcave disc to elongated sickle-like structure.

Question 17.
Classify restriction enzymes. Mention the function of each.
Answer:

Question 19.
What is a heterothallic condition? Differentiate between staminate and pistillate flowers.
Answer:

Question 20.
What are cleistogamous flowers? Write their significance.
Answer:

Question 21.
How do the following assisted reproductive technologies assist the couples to have children?

Question 22.
Name the six stages of human evolution in the correct sequence.
Answer:

Question 23.
What is contact inhibition? Mention the types of tumours.
Answer:
Normal cells show a property called contact inhibition by virtue of which contact with other cells inhibits their uncontrolled growth. Cancer cells appear to have lost this property. As a result of this, cancerous cells just continue to divide giving rise to masses of cells called tumours.
Tumours are of two types

Question 25.
In which ways genetically modified plants are useful?
Answer:
Application of biotechnology in Agriculture:
Agricultural practice is of three types:

The use of genetically modified plants has been useful in the following ways:

(b) Although the plant is infested with a virus, the meristem is free of virus. Hence, the meristem can be grown in in-vitro conditions to obtain virus-free plants.

Question 28.
What is incomplete dominance? Explain the inheritance of flower colour in snapdragon.
Answer:
It is a process where the dominant gene is incompletely dominant over the recessive gene and produces a phenotype which is intermediate to the parental type.

In Mirabilis or 4° clock plant, incomplete dominance has been reported with respect to the colour of the flower. In these plants, some produce red flowers and some others produce white flowers. When a plant producing red flowers is crossed with a plant producing white flowers, in the F1 generation all plants produced pink flowers. It is a heterozygous condition and the pink character is an intermediate or a blend between red and white This colour is produced because the red is being only partially dominant over white.

P1 Red flowers × White flowers
F1 Pink flower
When F1 pink flower plants are self cross the raise F2 progeny 3 types of plants are produced i.e, Red, Pink and White, in the ratio of 1 : 2 : 1 respectively.
By using appropriate symbols, the incomplete dominance can be represented as shown below.
This cross is illustrated as indicated below by using appropriate letters.

Question 29.
Write the diagrammatic representation of the life cycle of HIV.
Answer: 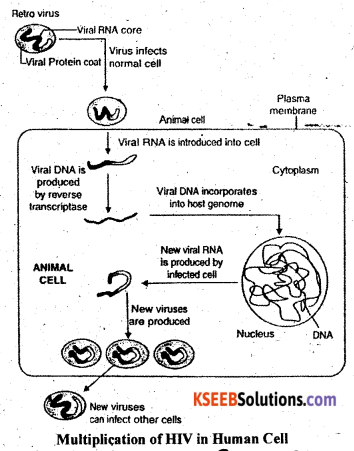 Question 30.
Describe the parts of a biogas plant with a labelled diagram.
Answer: 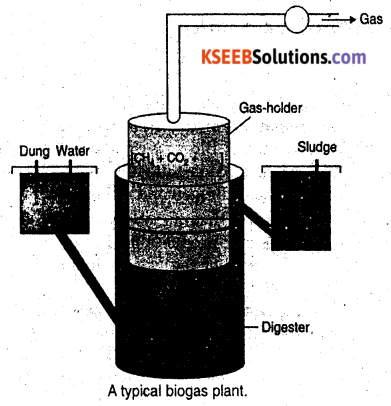 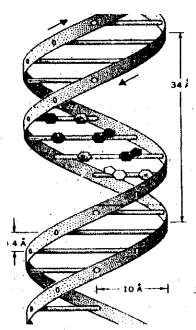 In 1944, Avery, MacLeod and Mc Carty extended Griffith’s experiment to identify’ the transforming principle. They mixed ‘R’ strain with DNA extracted from ‘S’ strain of bacteria. When the enzyme (DNAase) which digests or breaks down DNA was added to this mixtures, there was no transformation of R to S type. But when the enzyme proteases that digest proteins were added to the medium the transformation of R to S type was not prevented. This confirmed that the transforming principle was DNA.

Question 32.
(a) Define the following terms:
(i) Commensalism.
(ii) Brood parasitism.
(iii) Mutualism.
Answer:
(i) Commensalism:
It is a relationship between two living individuals of different species in which one is benefitted. while the other is neither harmed nor benefitted.

(ii) Brood parasitism:
Brood parasitism in birds is a fascinating example of parasitism in which the parasitic birds lays its eggs in the nest of its host and lets the host incubate them. During the course of evolution, the eggs of the parasitic bird have evolved to resemble the host’s egg in size and colour to reduce the chances of the host bird detecting the foreign eggs and ejecting them from the nest.
e.g. cuckoo lays eggs in the nest of crow.

(iii) Mutualism:
It is an interaction or relationship between two organisms of different species where both the partners are benefitted with none of the two capable of living separately.

(b) Mention four basic processes that fluctuate the density of a population in a given habitat.
Answer:
Natality, Mortality, Immigration and Emigration. 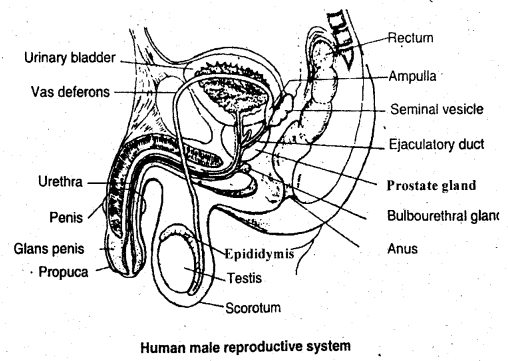 1. Activation of amino acids: Amino acids are present in the cytoplasm and are in an inactive form. These are combined with ATP in presence of an enzyme aminoacyl synthetase and Mg ions forming activatçd aminoacid.
Amino acid + ATP → Amino acid-AMP – enzyme complex
This activated amino acid then combines with 3 ends of tRNA forming aminoacyl-tRNA complex or charged RNA and AMP is released.

3. Elongation of polypeptide chain: The ‘A’ site of 50s ribosome is now free and so the second tRNA with second activated amino acid is get attached at ‘A’ site. A peptide bond is formed between 1st and 2nd amino acid in presence of peptidyl transferase at ‘P’ site. Now the ribosome moves a distance of one codon so that the ‘A’ site become vacant. Meanwhile, the 3rd tRNA with 3rd amino acid gets attached to ‘A’ site. Again the ribosome moves on mRNA by
one codon and bonding takes place between 2” and 3td aminoacid at ‘P’ site. 1st tRNA is released through ‘E’ site. This process continues until all the codons on mRNA are completely read. Thus polypeptide chain elongates along the mRNA.

Decomposition is largely are aerobic process, i.e., it requires oxygen.
The factors affecting decomposition are:

Question 36.
(a) Explain the types of outbreeding processes employed to improve desirable qualities of animals.
Answer:
Outbreeding:
Outbreeding refers to the breeding of unrelated animals either of the same breed having no common ancestors for 4-6 generations (outcrossing) or of different breeds (cross-breeding) or even different species (interspecific).

Outbreeding is of the following types:

(b) Write any two processes deal with to increase the yield and quality of milk in dairy farm management.
Answer:
1. It is a method to improve herds.
The steps in the method are as follows:

This technology has have been used for cattle, rabbits, mares, etc.
High milk-yielding breeds of females and high-quality meat-yielding bulls have been bred successfully to increase the herd size in a short time.

2. Artificial Insemination: The semen of a selected male is deposited in the reproductive tract of the female at the proper time in her reproductive cycle in order to effect fertilization and also to improve the quality of animals.

Question 37.
What Is Eutrophication? Discuss the phenomenon of accelerated eutrophication.
Answer:
Eutrophication is a natural process which means ‘well-nourished or enriched’. It is a natural process of ageing of water bodies due to the rich supply of nutrients. In young water bodies, water is cold, clear with moderate life forms. However, when abnormally high amounts of nutrients are released from sewage it results in excessive algal growth or bloom of microorganisms. Over the period of time because of dumping of industrial and house effluents as well as piling up of silt, the water body gradually becomes shallower, warmer, giving way to marshy plants and eventually converting into the land. This phenomenon of accelerated ageing of the water body is called Eutrophication.